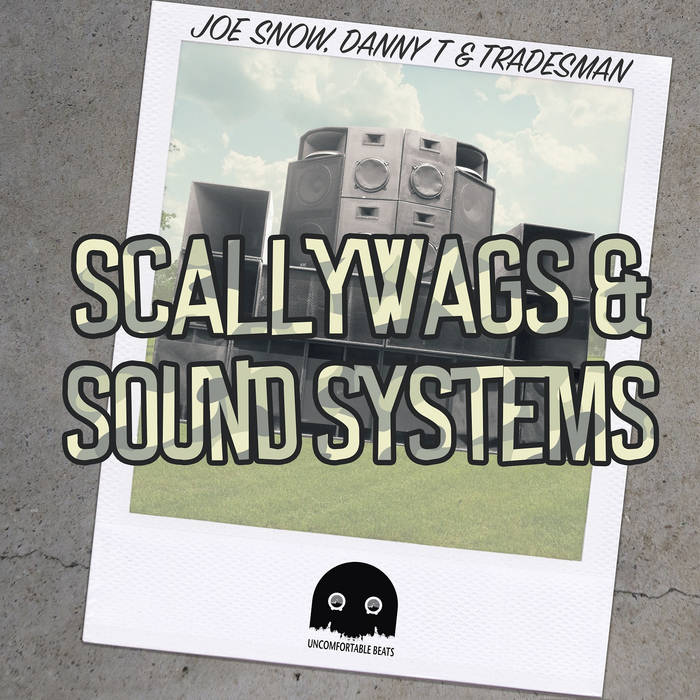 ‘Joe Snow’ teams up with UK heavy-weight production duo ‘Danny T & Tradesman’ to deliver a whopping Dubstep anthem built for the dance. ‘Scallywags & Sound Systems’ is packed with low-end bass pressure and detailed flows, depicting flashes of early sound-system and rave culture. This two-track release includes the vocal and instrumental versions, and is accompanied by a music video shot by Chris Bromley, capturing the raw vibes down to a T.

Influenced solidly by the sound of early Reggae, ‘Danny T & Tradesman’ have tailored a name for themselves pushing innovative productions and DJ mixes. Throughout their career they’ve been steadily growing a strong discography, collaborating with artists like ‘Mungo’s Hi-Fi’ and holding many respected residencies, including Outlook Festival and the infamous SUB DUB in Leeds.

Also hailing from Leeds, ‘Joe Snow’ is renowned for his musical output and relentless touring with ‘Defenders Of Style’ a staple in the UK Hip-Hop scene. Since settling in Australia, he’s been working closely with ‘Pang Productions’, ‘Uncomfortable Beats’ and ‘Hi Trax’, as well as
steadily churning out a slew of collaborations with both the local scene and international artists.