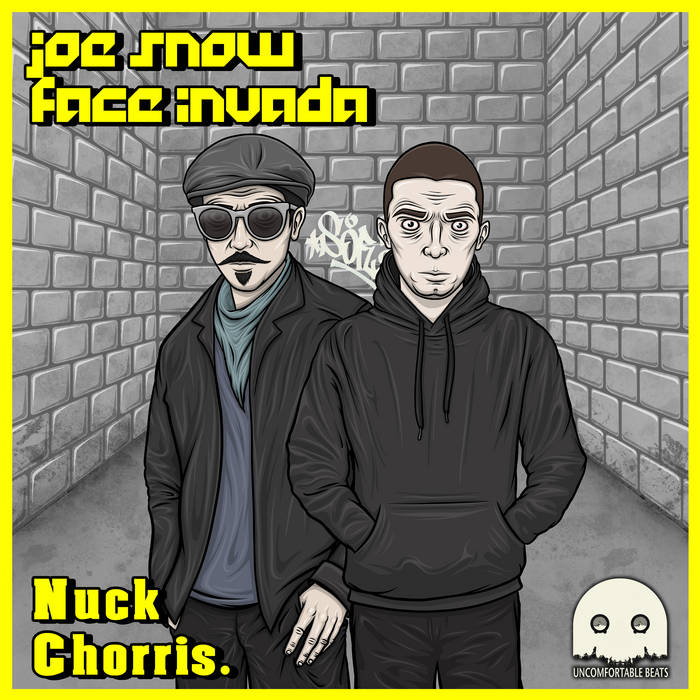 Striking a chord between Hip-Hop and Halftime, Face Invada crafts the perfect driving beat for Joe to flex lightning fast rhymes, with a seemingly effortless flow.
The attention-grabbing track also fit like a glove when it featured on ‘Secret Writer 5’ an in-depth performance video by legendary graffiti artist ‘Sofles’.

Well known for his discography with Leeds crew ‘Defenders of Style’ and various works with Melbourne’s ‘Pang Productions’, Joe Snow has been a staple in the UK-Hip-Hop scene, but now also making great strides in Australia. He has boldly ventured into new musical territories over the past few years, sharpening his vocal repertoire and further developing his sound with crews like ‘Hi Trax’ plus 140 collaborations with producers like ’Danny T & Tradesman’, all while still staying true to his fundamentals.

Face Invada has also been successfully unleashing quality Drum & Bass, Footwork and Dubstep for years. His sound is clean and defined, always packed with a deep low-end. The Brisbane-based producer has released music with a plethora of labels, including recently Sequel One, Nu Kvlture, 8Ball to name just a few. Not to mention both artists also featured on the recent ‘New Beginnings’ compilation put out by Uncomfortable Beats earlier in the year!

The two artists’ audibly click on their first single, as they clearly ‘Got it locked, like a dog with a bone’. Grab ‘Nuck Chorris’ now through Uncomfortable Beats and all good digital platforms!